Throughout your everyday life, you will walk through a number of fire doors - at work, in public buildings, shops etc. If you look closely, you’ll notice that a vast majority of these doors are labelled ‘Keep shut”. 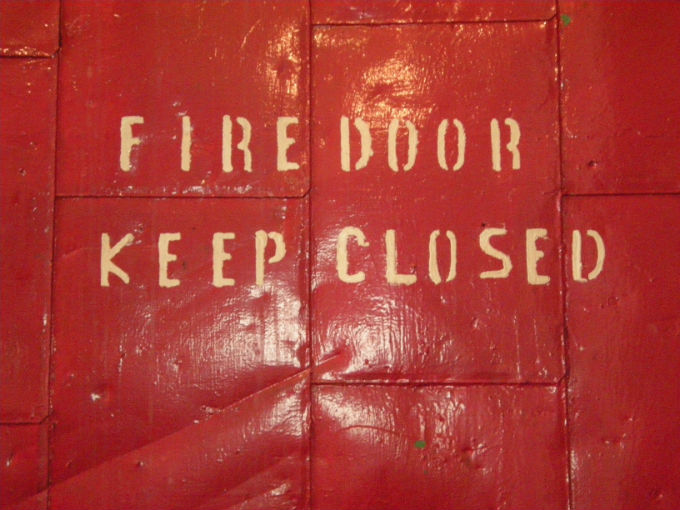 But why are fire doors meant to be kept closed? It might make sense to assume that in the event of a fire, having doors open allows a more effective evacuation route for people inside the building.

Compartmentation is one of the primary methods of passive fire protection within buildings.

A building is divided into individual ‘compartments’A building is divided into individual ‘compartments’ or ‘cells’, which are designed to contain a fire or resist a fire for a defined period of time (much longer than a building without protection). This is used for a number of different reasons but the most common reason is to provide protection to the ‘means of escape’. For instance, stairways (a common means of escape) are compartmented to protect the escape route for evacuation and prevent them from being consumed by flames or filled with smoke before a building is completely evacuated.

Fire doors sold in the UK are tested using procedures outlined in BS 476-22.1987 or BS EN 1634-1:2014, including the doorframe, latches, hitches etc. The test involves subjecting the door to fire conditions and testing its performance. The resulting information gives the fire door its ‘FD’ rating, usually FD30 or FD60, referring to the number of minutes that the door maintained integrity and stability and subsequently stopped the fire from spreading.

In addition to simply resisting fire and heat, a fire door is specially designed with intumescent (heat expanding) strips along its edges. These strips, when exposed to heat, expand up to 10 times their original thickness and seal the door frame. This prevents heat and smoke from forcing its way through the gaps and reaching the other side of the compartment door. This has the additional benefit of reducing the ways that oxygen can enter the room, starving the fire of oxygen and slowing its growth.

A fire door’s job is to remove the ‘weak spotA fire door’s job is to remove the ‘weak spot’ in the integrity of the fire compartment. A standard door will withstand an advanced building fire for only a few minutes and allow the fire (and dangerous smoke) to spread across the building rapidly, becoming out of hand. With this in mind, a normal door is about as protective during a fire as no door - and likewise for an open fire door or an incorrectly installed fire door.

In some buildings, such as hospitals and schools, it’s simply not practical to have each compartment closed all of the time. Hospitals require patients, equipment and large numbers of personnel to be moved freely between compartments. It would simply not be practical to keep a fire door closed in this scenario.

These buildings employ magnetic ‘door holds’. Doors are held open using electro-magnets throughout the day and in the event of a fire, power loss or an alarm the electro-magnet is released and all of the fire doors in the building (or zone of alarm) are closed automatically to compartmentalize the fire. This method is employed globally in hospitals, schools and similar buildings for its simplicity and ease of use and, most importantly, effectiveness.

Does your business have adequate fire safety procedures?

Find out more about our fire safety services 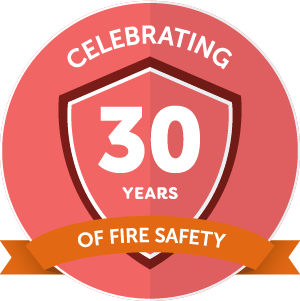